They say timing is everything.

Lazarus and his sisters, Mary and Martha, live in Bethany. As close friends, Jesus comes over often for dinner parties. They like to hang out together every chance they get. They’re close. They’re peeps. One day Jesus leaves to visit friends in a neighboring town, and later Lazarus complains to his sisters he’s not feeling so hot. Bad goes to worse and the sisters send word to Jesus that he needs to come home quickly because his friend is deathly sick. Lord, the one you love is sick.

I bet if any of us had heard that urgent message, we’d pack up immediately and rush home. But Jesus didn’t.

Jesus stays a couple more days, sightseeing and taking his time before returning to Bethany…and two very upset women. Lazarus died four days ago and has been buried in a tomb outside town. Martha storms out to meet Jesus at the edge of town and cries, Lord, if you had been here, my brother would not have died. Oddly, Mary stays home, mourning and waiting. Jesus replies very calmly that he is the resurrection, and the life: he that believes in me, though he were dead, yet shall he live. Cryptic at best, I’m sure.

Mary and an entourage of grieving friends show up and take Jesus to the tomb. Jesus is visibly shaken by Mary’s uncontrollable crying. Jesus wept. He weeps out of compassion for what his friends are going through. At that moment, God the Son is experiencing 100% human pain and loss.

Then, in front of everyone, Jesus tells them to move the stone from the tomb entrance and….

Commands Lazarus to come out and join them.

Now, I don’t know about you, but summoning a four-day-old corpse conjures up Night of the Living Dead scenes in my mind. I can imagine that those around the tomb were dumbstruck when a living, breathing body walked out. And picture this…Lazarus doesn’t even take time to clean up and change clothes. He comes out looking like the first-century mummy that was laid in the tomb four days ago. The eyes are wide in disbelief, and jaws drop to the ground. Then high fives all around. Word of this miracle spreads like wildfire. And no one who was present denies it happened.

Of course he did.

There are times in our lives when we are in the midst of horrible situations and wonder why it looks like God isn’t anywhere to be found. Why isn’t he answering our messages? It seems like he’s off sightseeing somewhere, taking his own sweet time getting back to our frantic texts and voice mails.

But timing is everything. Many times God allows our life to go from bad…to worse…to unbearable because he’s planning to do something very powerful with it. Something only he can do. Something that, when it’s all said and done, there is no doubt about the driving force behind it all.

Think about it. If Jesus had come home when called, Lazarus’ recovery could have been attributed to any number of home remedies. But by waiting until there was no doubt he was dead and buried, there was no doubt about what happened…and how…and why…and by whom.

Are you in the middle of an unbearable life situation?
Are your prayers going unanswered?
Do you feel abandoned?

Do you trust that God can resurrect and restore your life? 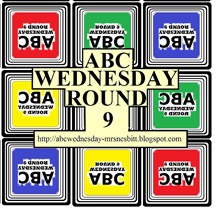 9 thoughts on “L is for Lazarus”