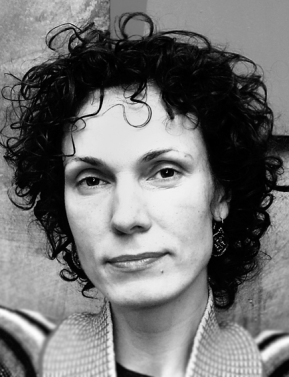 She’s a survivor. What life throws, she catches.

Famine in Judah? Leave everything behind and move to the God-forsaken desert of Moab.

Sons marry Moabite women (against the culture of their religion) but die without heirs? Um…..what now?

How much is one woman suppose to endure?

Naomi. Wife. Widow. Mother. Non-mother. No husband. No children. No grandchildren. For a woman living around 1100 BC, this is the equivalent of stripping her of all identity.

Completely on her own, she learns God has restored the land of Judah and food is once again plentiful. She tells the daughters-in-law to return to their families; she’ll be fine on her own. But they kinda like their MIL, so they want to tag along.

What am I going to do do with two girls?
There’s no more sons for them to marry, and while I like them, I’m certainly not going down that path again.

In patriarchal Judah, a woman’s worth is, unfortunately, attached to her man. And men are in short supply right now. The women are alone in what could be considered a predatory society.

Naomi convinces one DIL she’ll be fine and to go home and have a good life, but then there’s Ruth…who isn’t buying it. Perhaps there was nothing for Ruth to go home to, but for whatever reason, she sticks to Naomi like glue. Naomi must have been some kind of woman because Ruth turns her back on her pagan culture and says to her:

Don’t urge me to leave you or to turn back from you. Where you go I will go, and where you stay I will stay. Your people will be my people and your God my God. Where you die I will die, and there I will be buried. May the Lord deal with me, be it ever so severely, if anything but death separates you and me.

Naomi agrees to let Ruth stay with her and, together, they set out on the precarious journey to her Jewish home town of Bethlehem.

Upon her return, Naomi learns that Boaz, a long lost relative of her husband, has struck it rich. SCORE!! Ruth works as a gleaner in Boaz’s fields and when the employee evaluations come in, it’s obvious she has caught the CEO’s attention. Naomi, quick to realize what’s at stake, encourages her young DIL to proceed with this career move. Slowly, she is realizing God’s providence is being revealed through these events.

Naomi’s efforts and faith pay off and Ruth and Boaz eventually marry. In fact, it’s rumored that Ruth boldly suggested the idea to Boaz, which was all but unheard of in those days. And about nine months after the marriage, they have a son named Obed. Of course, grandma Naomi volunteers to take care of the wee one.

Naomi finally has the family she’s always dreamed about, and wins the award for best supporting actress.

Ruth, a widowed Moabite transplanted to Judah, defies cultural tradition and is rewarded with blessings beyond her wildest dreams.

And Obed grows up strong and wise….marries and has a son named Jesse…who has a whole bunch of children, of which one eventually becomes the person we know as King David. And the rest, as they say, is history.

And it all began with one woman’s faith and decision to change her destiny, and another woman’s decision to trust in the face of uncertainty.

Who do you trust with decisions about your destiny?

Photo attribution: Photos by Rolands Lakis from IM Free  and and Eli DeFaria from Unsplash photo sites. Some rights reserved by Creative Commons license. Orignal photos cropped and retouched for purposes of this post.