[DISCLAIMER]
I’m probably going to regret this one. And just for the record, I’m not addressing whether The Flood really happened, whether the ark has really been discovered or if it’s simply a myth. Nor am I taking sides on the recent Noah movie…just yet.

So let’s begin our story.

Noah and his family are outcasts in town. Being a 10th generation descendent of Adam, Noah finds himself at odds with current, cultural norms. Life is full of both serious and casual corruption and violence. Pretty much anything and everything is acceptable as people live only for themselves and have little regard for anything spiritual or religious. Sounds very familiar, doesn’t it?

Then the Lord saw that the wickedness of man was great in the earth, and that every intent of the thoughts of his heart was only evil continually. ~Genesis 6:5

Noah is the grandson of Methuselah, the oldest recorded living person in the bible, and is a righteous man….not to be confused with a *perfect* man…and a believer in God. He has an unshakable faith, which is quite an accomplishment in this completely faithless, unbelieving culture.

Noah is a builder and farmer by trade. And a prophet by divine appointment. One day, God adds the title of architectural engineer and gives him plans on how to build a boat…a very big boat. It’s advanced design will hold the fate of the earth. It will be divine do-over for a corrupt and decadent world.

As he builds the ark, neighbors stop by, shake their heads and whisper behind his back. Poor Noah…finally gone off the deep end. They feel sorry for his family. But that doesn’t deter Noah or his family from their appointed task. When finished, the ark is ready for its guests. And they arrive from far and wide to take refuge against what’s to come.

God shuts the ark doors and the deluge begins.

Forty days it rains and the story tells us it floods the earth. After it stops, the ark comes to rest on Mount Arafat. The water begins to recede. A dove is sent out but returns with an empty beak. Another week passes, the dove is sent and returns with an olive leaf. When released again a week later, it doesn’t return. Noah and his family, with all the ark’s passengers, emerge to dry ground.

Then, God makes a promise to Noah.

I now establish my covenant with you and with your descendants after you and with every living creature that was with you—the birds, the livestock and all the wild animals, all those that came out of the ark with you—every living creature on earth. I establish my covenant with you: Never again will all life be destroyed by the waters of a flood; never again will there be a flood to destroy the earth.

Now, it’s said Noah has a weakness for wine. After the flood event, we’re told he hung up his ark-building skills and planted a vineyard. And evidently enjoyed the fruits of his labor a little too much. One night he drank too much and passed out in his tent, which caused a lot of embarrassment for his sons. Noah’s story ends shortly after that recorded event.

What? The story ends there? For all his faithful and obedient qualities, why even mention that drunken event? Why? Because, as Scripture so often points out, even faithful men (and women) of God are flawed and have weaknesses that allow them to fall victim to temptation. God looks at the long haul and into the condition of our hearts when it comes to being true to our faith. God knows we are all sinful creatures in desperate need of grace and forgiveness. Which is why God chose the analogy of water flooding over the world to wash clean the wickedness of men’s hearts and minds. It was a divine cleansing and opportunity to start fresh and move forward, leaving the past behind.

But we also learn from Noah that it’s possible to keep faith even in the middle of a corrupt and sinful world. It’s not easy…and people will often scoff and trash talk you behind your back. But just as God blessed and protected Noah, he will bless and protect those who stay faithful in the midst of the corruption that permeates our culture today. The story of Noah speaks to those of us that feel the confusion of living in such morally-confusing times. It offers comfort that God allows do-overs when we fail to live up to our part of the bargain…if we make concentrated efforts to turn back to His teachings when we stumble and fall.

As for the hoopla over the recent Noah movie, I believe that, although the producer is a self-professed atheist, he is unwittingly being used as an instrument to create a discussion about God and belief. Many times the most unlikely people are used to advance God’s message. I will probably watch the movie so I can have an intelligent conversation about its accuracy, strengths and weaknesses. 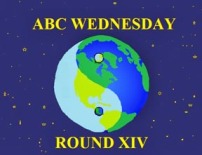