Over at a ‘lil hoohaa, PJ’s theme for September was Black and White. And while I’m a 96-crayon-box girl, I do love black and white photos. When you strip out the color of a photo, all that’s left is the subject matter and the fine details that are sometimes lost in the riot of color of traditional shots.

So here are my five for the month.

1. This photo of the Princesses was shot in color and I converted it to black and white. After that, I played around with some textures and ended up with a shot I really like. You can see it HERE. These two cousins are about two years apart in age but were thick as thieves at our Labor Day BBQ. I can see many years of trouble ahead for all of us when they get older. Good thing there are lots of male brothers/uncles/cousins around to keep the wanna-be boyfriends in line. I pity the poor boy who gets crosswise with any of them…including the Princesses! Though she be little, she is fierce. (Shakespeare) 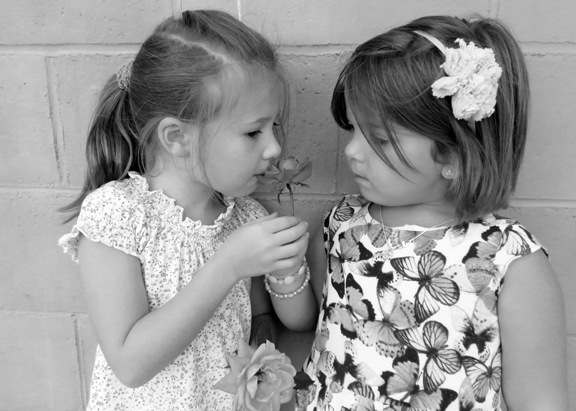 2 and 3. Peanut, The Investigator, Entrepreneur and I visited our town’s Heritage Festival at a local historic park. Along with an 1877 mansion, a relocated/reconstructed general store, log cabin and smaller home, there were costumed vendors, Native American dancers, musicians and many treats for the tummy. Kettle corn and turkey legs were our tummy treats.

An actual blacksmith showing how to heat metal to a ridiculously high temperature before crafting it into something useful or unusual.

A local Lewis and Clark expert…complete with raccoon fur hat and buckskin moccasins…who was thrilled to explain the nuances of the explorers’ lives as they ventured West. And finished it off by playing a “courting song” for Peanut on a hand-crafted Native American flute.

4 and 5. Not exactly in the black and white genre, but here we find a couple of black noses on white snouts! 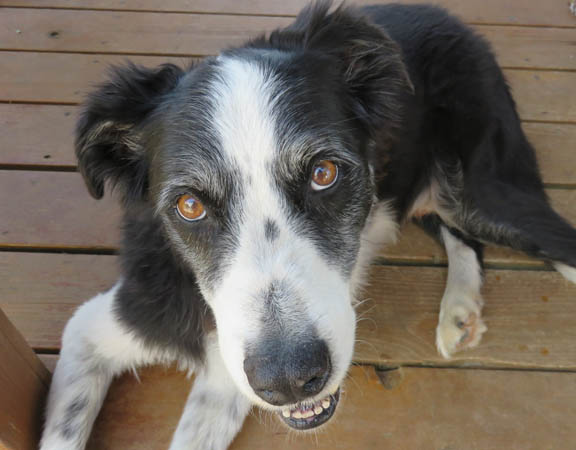 Sarge, Entrepreneur’s parents’ pupper complies more with the black and white theme as he is a border collie.

So there’s my five for the month. Don’t forget to check out everyone’s selections over at PJ’s on September 30th.