So PJ over at A ‘lil HooHaa switched things up a bit for our August photo challenge by choosing the theme: Rule of Thirds. Now, for those who are skewed more left-brain, this might not make much sense…but there is a mathematical logic to it. For those of us who have spent most of our lives in creative careers, the rule of thirds was drilled into our psyche s very long time ago.

To understand the rule of thirds in photography, imagine laying a grid over an image that splits the image into thirds both horizontally and vertically. The grid shows nine connected areas. The “rule of thirds” grid can help guide the composition of a photo. When used while framing an image, points of interest are strategically placed for maximum viewer appeal along the intersecting points. Usually, our eyes naturally go to one of those intersecting points on the grid instead of the center of the image. Subconsciously, it helps viewers interact better with the image. 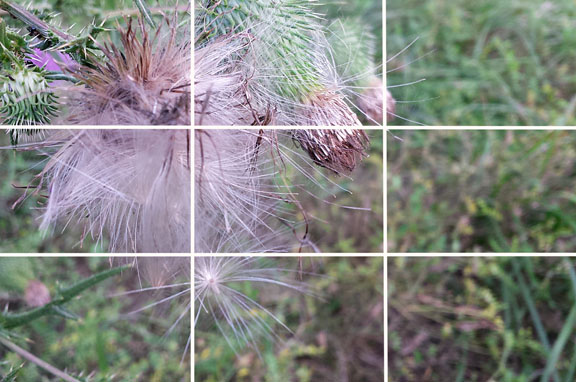 Cool, huh? But, just like any rule, it may be broken under certain circumstances. And it’s always good to know the reason behind a rule before you decide to go rogue with your own idea. I’m sorry to say, most of my casual shots don’t take this rule into account since many times I’m shooting on the fly to capture the moment. Enter Photoshop and the cropping tool. Yes, I admit it….hardly any of my shots are straight out of the camera. There’s probably a 12-step program for that.

So, here’s my five for August.

1. Tanner’s birthday is in August. He’s an 8-year-old puppy in many ways he’s come a long way since 2007. Still somewhat goofy, but totally adorable most of the time.

2. This Morning Glory blossom sums up our summer…..wet. While it was disastrous for the veggie garden, the flowers, trees and bushes loved the precipitation. 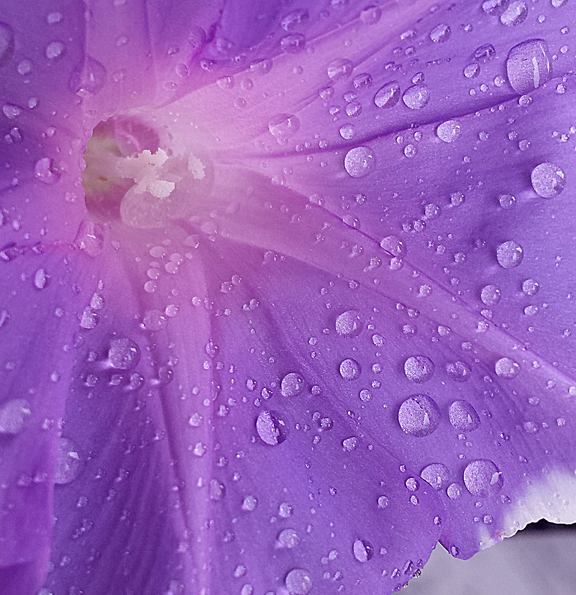 3. Ganzia is an annual flower I bought for the flower pots because it’s drought tolerant….for when I forget to water the flower pots. Didn’t have that problem this year. See above. 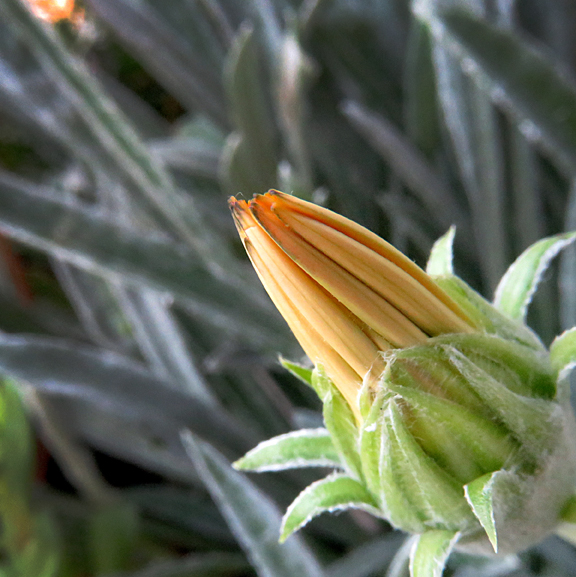 4. Free and easy was the summer’s goal. Twix is big enough to sit in the swing….and swing she did every chance she got! She loves all things outdoors and has since last summer when she spent a lot of time eating and napping in my lap on the patio.

5. Peanut started first grade around mid-month. Seems awfully early. Of course, we took gigabytes of “first day of school” shots to commemorate such an important event (only 11 more years to go!).

So there’s my five, Rule of Thirds shots. Please make time to visit PJ’s place and see how the others fared with the theme this month. Hope everyone had an enjoyable summer!