You know what a cult show is, don’t you? No? Well, let me clue you in. A cult show is one that sucks you in so completely that you become obsessed with it. It’s the show that causes you rearrange your schedule just so you don’t miss any episodes even though you have a DVR. My first experience with a cult show was LOST. There have been a few since then, but none as powerful as the one I fell completely head over heals for last year….Outlander. 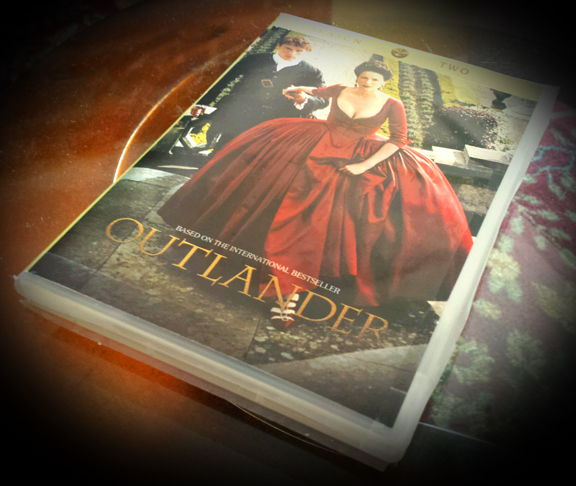 I blame The Recruiter. It’s her fault for watching the show in my family room when she, Peanut and Twix lived with us. It only took one time and I was hopelessly hooked. So hooked that I refused to let Entrepreneur get rid of Starz when he downsized our satellite TV package. So hooked that I talked The Recruiter into going to Starz on Demand and downloading the first two seasons for me. Last summer I binge watched Seasons One and Two while Entrepreneur watched sports.

So, if you are not familiar with the storyline, here it is in a nutshell.

Claire Randall, a former British Army nurse, is enjoying a second honeymoon in Scotland with husband Frank Randall after WW II. Frank is a former English military officer and has taken a position as an Oxford historian. Unexplainably, through an ancient stone ruin, Claire is transported back in time to 1743, into a world completely different from her own. Because of her medical background, she is perceived as a healer. To survive, literally, she agrees to an arranged marriage to Jamie Fraser, a strapping Scottish Highlander and becomes caught up in the Jacobite rebellion against the English. After a tumultuous beginning, a passionate relationship develops between Claire and Jamie and her feelings become torn between two vastly different men across two centuries. Outlander is adapted from the best-selling book series by Diana Gabaldon.

Now that my binge watching is complete, I’m in the middle of what is referred to as “Droughtlander” before the next season begins later this fall, I believe the show has more to offer than a complicated, layered storyline, breathtaking scenery, hauntingly beautiful intro music, and Highlander eye candy (aka: Jamie Fraser). It’s the perfect mix of passion and romance paired with war, torture and rugged testosterone. Here are my observations and life parallels:

Love takes turns being the hero.
Both Jamie and Claire take turns rescuing each other from certain death at the hands of the British…more specifically, a British officer named Jonathan Wolverton (Black Jack) Randall, who has personal vendettas against both of them. They risk their lives for each other because their love trumps the possibility of living without the other. In successful relationships, the depth of commitment operates selflessly and without regard for personal safety, physically and emotionally. The well-being of the other person is of utmost importance and each will move heaven and earth to make that happen. The respect, devotion, gentleness and passion Claire and Jamie have for each other is enviable. It’s the platinum standard in relationships…real or otherwise. 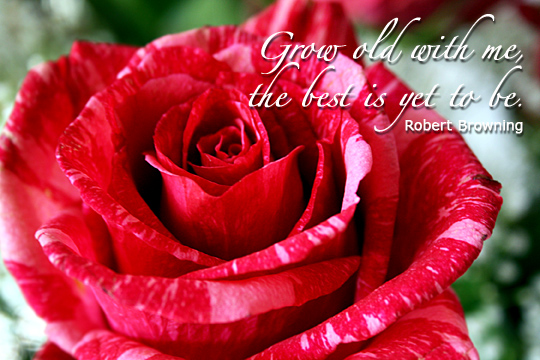 Not everyone is capable of redemption.
Speaking of Black Jack Randall, he’s one of Frank’s (Claire’s 1940s husband) distant relatives. And where Frank is a kind and loving gentleman, Jack is diametrically the polar opposite. And to make the dynamic more complicated, they look exactly alike. The author and the actor succeeds magnificently in creating visceral contempt for this character. Just when you think there is a glimmer of hope in his moral character, he chooses to act in the most heinous way imaginable…and admittedly, without remorse. While my faith teaches no one is beyond redemption, a person like Black Jack Randall could make me believe some people may be irreversibly evil. The tricky question is, who gets to judge whether that is actually the case? The person I write off as hopeless may simply be a lost soul who hasn’t yet encountered the experience needed to change. Maybe I’m to be that experience? One thing’s for sure….I would not want to encounter a Black Jack Randall and be faced with that moral dilemma.

Feminism with femininity.
Claire is a progressive women of the 1940s. She is a veteran Army nurse and doesn’t put up with crap from anyone. She is opinionated and vocal. She takes that mentality with her to the 1700s, but quickly discovers this type of “strong woman” is not going to get her anywhere and could, quite possibly, get her killed. What results is a woman who becomes intellectually savvy and gives the appearance of restraint (for the most part). However docile she appears, underneath there’s a strong, cunning, resourceful woman who understands how to use her femininity (not sex) to her best advantage. Victoria’s Secret can parade those angels all they want; they’ve got nuthin’ on Claire Frasier.

Situations are not always as they seem.
Claire and Jamie would like nothing more than to see Black Jack Randall leave this earth….however, Jack is Frank’s ancestor and to eliminate him too soon could cause Frank to never be born. Enter, Mary Hawkins; a wisp of a girl who, according to Frank’s genealogy search, is supposed to become Black Jack’s wife and continue his lineage. The problem is, Mary loves Black Jack’s younger brother, Alex. Claire knows the genealogy of Frank and how Mary and Black Jack fit into it. She logically reasons Mary cannot marry Alex or Frank will never be born. So, she intervenes and talks Alex into leaving Mary. Months later, to her horror, she finds they’ve reunited, but Alex is very ill. Claire is begged to heal him, but she recognizes he suffers from tuberculosis and congenital heart failure. There is no known cure in this era. And, Mary is pregnant. Faced with his fiancé’s uncertain future with no husband’s wealth to provide for her, Alex’s dying with is for his decorated, military brother, Jonathan, to marry her. As abhorrent as this idea is to everyone, including Black Jack, Claire knows (according to genealogy and history) Jack going to die in the next day’s battle…so, it’s all good. Mary will not have to suffer at the hands of this depraved man. Claire breathes a sigh of relief knowing Frank’s future is secure.

My point? My point is sometimes situations just are not as they seem. There was a reason Mary and Alex were together….but no one knew what it was until Alex was on his deathbed. All of Claire’s efforts to discourage Alex and Mary’s relationship were misguided…and based on her assumption of what would/would not happen if she didn’t intervene. Sometimes, we jump to conclusions about situations before we know the circumstances. Sometimes our actions to steer events the way we think they should go are misguided and shouldn’t be pursued. 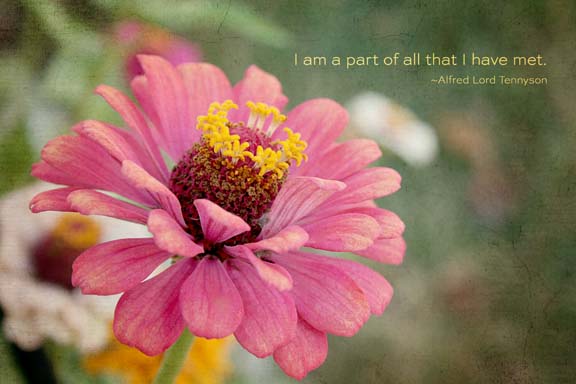 Things happen for a reason.
Dovetailing with the above observation is this one. The driving story behind Seasons One and Two is Claire and Jaime’s desire to change history and avoid the Jacobite rebellion. Believing Jamie will die in the Battle of Culloden, Claire’s focus is on how to alter the events leading up to that fateful battle. Jaime is on board and the two of them work towards disrupting Bonnie Prince Charles’ plans to overthrow the current king of England…. all the while appearing to be a supporter of the rebellion. But, despite their scheming and manipulative efforts, they are unsuccessful and the battle happens as planned.

As much as we’d love to go back and change some things about our past, events and experiences happened for a reason. For those of us who believe there is a plan for our lives and a path we must travel, it’s easier to accept this. Events are tied together for a reason; change one and you unravel everything because nothing exists in a vacuum.

I’m now (im)patiently waiting for the debut of Season Three to be announced. I admit, I’ve cheated a bit and gone online to read summaries of what we can expect to see based on the next book. And, I’m following Outlander sites on Twitter and Facebook. 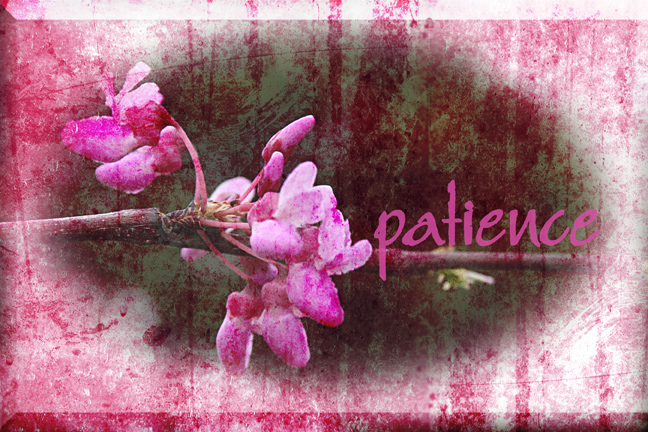 Playing along with those over at Life Through the Lens.

10 thoughts on “Musings from an Outlander Addict”