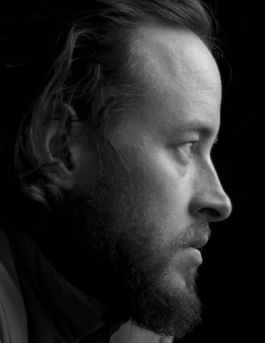 He was one you’d love to meet for happy hour because you just knew whatever he said and did was going to be entertaining.

Everyone in town knew him as Simon, the Galilean fisherman, son of Jona. A robust man with a jovial laugh, one could always find him hanging out at the docks with his brother, Andrew, telling Big Fish stories to anyone who would listen. He was quick to say the first thing that came out of his mouth, and didn’t really listen well to others…except for his brother.

It was Andrew that introduced Simon to Jesus one day. And quick as a wink, Jesus sized him up and renamed him Cephas, which means Rock in the Syriac language. The Greek translation is the name we know him by….Peter.

Then, one day as Jesus was walking on the shore, he called to his new friends to come join him. Jumping at the opportunity, the brothers dropped their nets, left the docks and became two of the apostles and fishers of men.

And we have to pause and wonder if Jesus really knew what he was doing inviting Peter to be part of the group. After all, on more than one occasion, it was Peter who would make sudden decisions and jump into situations without much thought. A loose canon you might say. Wouldn’t that be more of a liability than an asset?

But, as usual, Jesus’ judge of character was spot on correct.

Even though Peter proved to be a bit reckless in his youth, his passion for Jesus and the Gospel was beyond comparison. Once this passion and impetuousness was harnessed, he became a pillar of this new faith, tirelessly spreading the Gospel far and wide. It was Peter that was one of the three witnesses to Jesus’ transfiguration. It was Peter who was first to enter the empty tomb. It was Peter who Christ spoke to first when appearing to the disciples after the resurrection.

It’s Peter who changed the most because of these experiences. He became the chief flag bearer for Christianity and never denied his faith again, even when beaten, imprisoned and crucified upside-down during Nero’s reign in 67AD.

Yes, there’s a little Simon Peter in all of us. But Jesus loved Peter and took all his faults and failures and transformed them into strengths. So, there’s definitely hope for the rest of us!

8 thoughts on “P is for Peter”